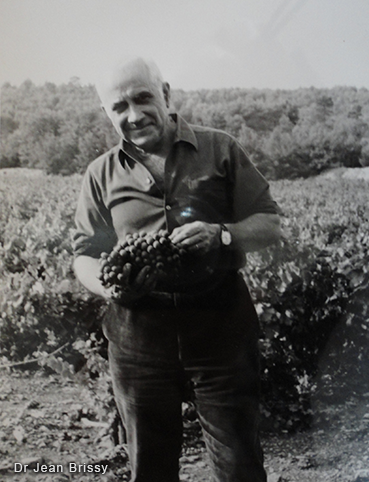 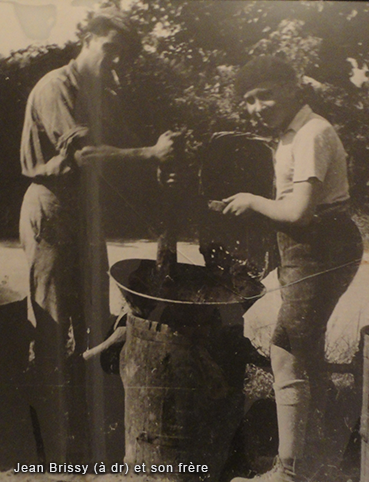 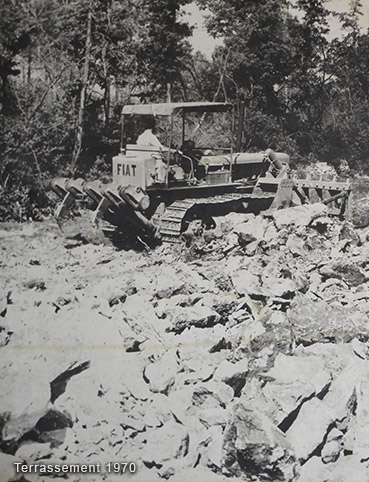 The property’s history goes back to 1877 when it entered the Brissy family, as André Brissy from Pignans, married Thérèse Nivière. At that time, the latter owned 7 hectares of vineyards at Pomples which she exploited with her brother.

André became then responsible for the exploitation and hired tenant farmers to help and run the property. From this union was born Joseph Brissy who carried on cultivating the soil and the vineyard. One by one he bought some plots of land to enlarge the property. He married Marie Savine in 1908 and had two sons who grew up to the rhythm of wine growing.Jean, the youngest, pursued his father’s passion and, as an adult, shared his time between his job as a radiologist in Toulon, and that as a wine grower in a private cellar at Pomples where he was assisted by his wife, Jacqueline, in charge of all the administrative and accounting work at the property.

Thus, as early as 1957, and for nearly half a century, Doctor Brissy, thanks to many plantations, had increased the property to get to its actual size : 27 Hectares.
Moreover, he bet on staying an independent wine grower when the time saw cooperative cellars develop.
Therefore, he chose to modernize and enlarge the cellar so that he could expand from a small-scale production: from “2 vats and 5 barrels” (according to the records), the cellar can now contain 2500 hectolitres.

In 2009, Doctor Brissy passed on the torch to his grand-son, Matthieu Lafont.
With the vintage 2015, the Property becomes Château Pompilia (About Us, Pompilia).

Consequently, 100 years later, the great-great-grand son of André Brissy perpetuates the ancestral gestures and still cultivates patience and the love of the vine.